Ofer Levin and Gideon Ofrat: The Binding of Isaac in the Levin Collection

Homepage » Ofer Levin and Gideon Ofrat: The Binding of Isaac in the Levin Collection 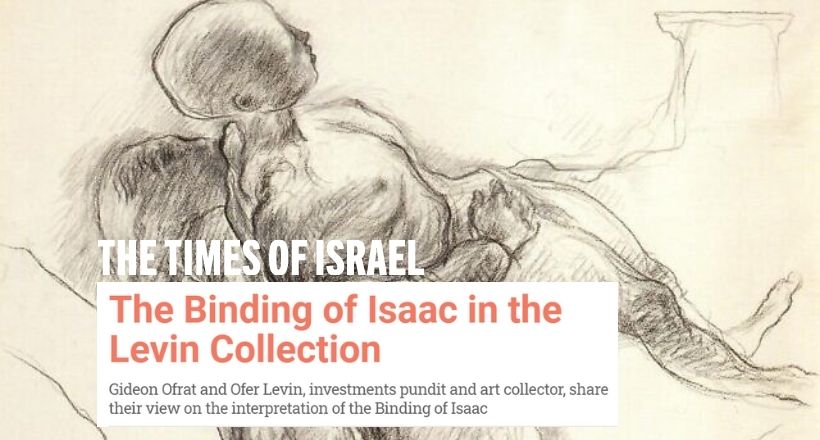 In a recent interview published by ‘The Times of Israel’, Gideon Ofrat, renowned Israeli art critic, and Ofer Levin, investments pundit and art collector, shared their view on the interpretation of the Binding of Isaac in the Levin Collection. “The collection is comprised of varied works of art by Israeli artists who played a significant role in Israel’s cultural development since the 19th century, and offers a broad historical vision of Israeli art”, said Levin.

Gideon Ofrat said: “Observation of Bernheimer’s 14 Binding drawings reveals a traumatic moment in a violent encounter between son and father, often against the backdrop of a wild, empty bony landscape. The majority of them concentrate exclusively on the father and on the son rebelling against the former’s intention to bind him and carry him to the altar.”