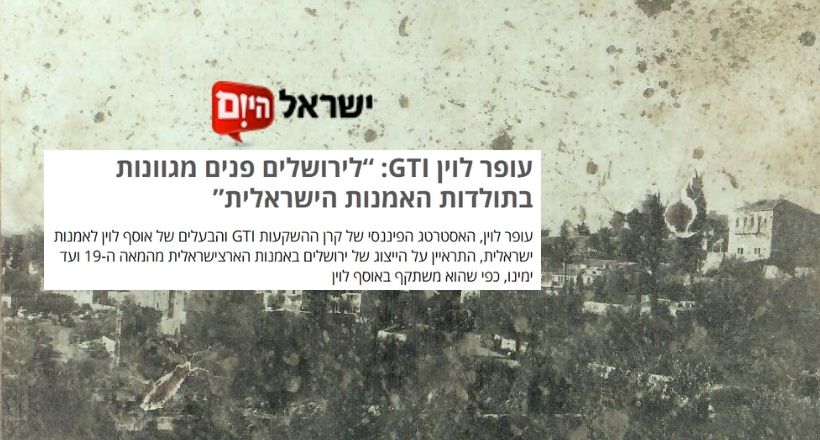 In a special interview with Israel Hayom, Ofer Levin GTI, shared his view on the representation of Jerusalem in Israeli Art, and mentioned significant works in the Levin Collection in which the city of Jerusalem is reflected from different perspectives by Jewish artists.

Levin commented on one of the paintings, “Radak Street” by Liliane Klapisch: “Jerusalem by Klapisch is a modern city, with its sun heated water tanks, cranes and so on, is no different than any other western city. In this respect, the painter herself had mentioned in the past that she was more interested in the Jerusalem of garbage cans, trees and electric wires than the Heavenly Jerusalem”.